When you’re starting up a business on a budget, your office space can be the biggest expense — especially in the San Francisco area. But, as with all things, you have options. The big three options are finding and renting your own space, subletting a space or participating in a shared space, or taking space in an incubator. Each of these has advantages and disadvantages, so let’s take a look.

Renting Your Own Space

Renting your own space means that you set the tone — but you also foot all the bills on your own. You don’t want to rent an office the size of a closet, especially if you anticipate hiring staff in the near term, but you also don’t want to pay for a lot of space you don’t need and aren’t using, so finding the right space is critical. If you do find the right space, however, it’s nice to be able to make the rules, have super-secret strategy discussions without fear, and never worry about what might be happening in the office on the day you bring investors by. 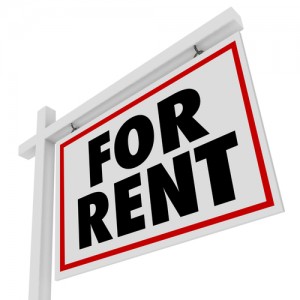 It’s true that ultimately, your business will need its own space, but consider carefully whether you really need to be on your own just now. Even if your budget has plenty of room to spare, you can’t predict the future, and you might really need that cash down the line.

Sublets and shared spaces can be significantly cheaper than renting your own space, but you will have to learn to get along with your neighbors. On the other hand, you may gain access to facilities you wouldn’t otherwise have, and working around people who share your general goals and mindset can be exciting and inspiring.

My company is currently sharing space in a fantastic facility designed specifically for entrepreneurs. For us, the rent-a-desk model currently makes the most sense. And even though this particular space is a little pricier than some others, the price includes catered lunches and lots of coffee (and other business-oriented amenities like conference rooms, but really, the coffee is critical), and we’re around lots of other really smart start-up people. As we grow, we’ll move on to our own office or sublet, but only when we’re ready to make that move. 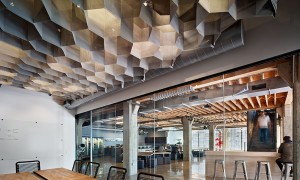 The Heavybit offices in San Francisco

If you have the opportunity to take space in a startup incubator, you should probably take it. The idea behind incubators is that they give you a chance to grow your business in a nurturing environment, working alongside other like-minded folks, and with the support of business assistance services, and often one-on-one mentoring with successful entrepreneurs. (The space we’re sharing is actually something between a shared space and an incubator.)

Incubators don’t take every company that applies, though, so you can’t bank on this as an option. And not every incubator is one that you’d want to join — doing your research is critical. Start with this comprehensive overview of the incubator model, and then take a look at some of the programs that have recently been highlighted in the tech and financial press. Do research on specific incubators you’re interested in joining. Talk to people who have spent time there. Ask what was most and least valuable. Make sure the incubator will provide the kind of support you need to succeed.

Ultimately, only you can determine what the right space is for your startup. But it shouldn’t be a decision you rush into — and what’s right for you right now might not be right for you a year — or even 6 months — from now. So don’t be afraid to reassess your needs and change your situation when necessary.

Co-Founder Acompli (now Outlook iOS/Android) at Microsoft
Kevin Henrikson leads engineering for Microsoft Outlook iOS/Android. Previously, he co-founded Acompli and ran engineering prior to an acquisition by Microsoft in 2014 for $200M. Before Acompli, he was an Entrepreneur-in-Residence for Redpoint Ventures, a venture capital firm for early stage technology companies.

Me around the Web